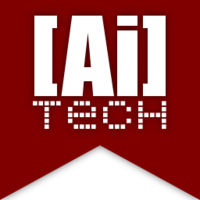 Artificial Incarnation Technologies (often shortened to [Ai], [Ai]Tech, or previously [AiTech]) is a Second Life business that was gradually built from the ground up by Asami Imako starting from mid to late 2008, with the generous help of numerous other residents.

The name Artificial Incarnation was formed from a desire for a name that could be shortened to 'AI' as a personal signature, yet still describe the business. The original plan was to take real-world designs and bring them into Second Life as "artificial incarnations" of their real-world counterparts. This was eventually expanded to cover any sort of interesting design found across many mediums, usually popular art and stories from the Internet.

Like many businesses in Second Life, Artificial Incarnation's products started very simple, beginning with standard primitives, before progressing to sculpted primitives and eventually mesh. While earlier products often aimed to match or exceed the complexity of products from more popular designers, more recent products are aimed solely at content optimization. Products often focus on stronger texture work, UV mapping optimization, and more advanced techniques like normal maps over geometric complexity in favor of lower rendering cost. A similar approach is taken to scripting, favoring fewer and lighter scripts with a stronger, more narrow focus. This means many products often lack the long list of features from other designers, with the trade-off being better performance.

All of Artificial Incarnation's products are built by Asami Imako, along with much of the in-world functionality plans. Many residents have provided scripts over the years, all of whom have contributed a large amount of additional functionality. The earliest scripting partner was Chandra Magic, who was succeeded by Batche Manen, with many other residents contributing smaller or contracted work. Most recently, Asami Imako has taken on the responsibility of scripting products in addition to building, due to difficulties with the schedules or performance of most others.

Artificial Incarnation has no real genre or focus, though originally it catered to a BDSM-oriented crowd with OpenCollar based collars, and an RLV-Enabled Display Case (a mesh-upgraded incarnation of which is still available to this day). Later it moved to kink-oriented doll accessories with the Clockwork Doll keys, and most recently has taken to creating apparel and costumes for a popular mesh avatar. While scope of the business has gradually expanded, there are still upgrades to old products and more BDSM and kink-focused products on the development road-map, so it has not abandoned any of these segments. Most new products are largely the result of the personal desires of Asami Imako or popular suggestions by customers.

All business inquiries for Artificial Incarnation should be directed to Asami Imako, who is generally available for contact during the afternoon and evenings (US Eastern time). Generally any inquiries or requests are responded to within a maximum of 24 hours. Artificial Incarnation only operates on the Second Life Grid, and there are currently no plans to expand elsewhere. This means any entity operating under the same name on alternate grids is either an impostor or someone who just happened to come up with the same name. Additionally, Artificial Incarnation does not have an affiliate program or franchise vendors available, and has no plans to offer them for the foreseeable future.

In-World Store at The Doll Works